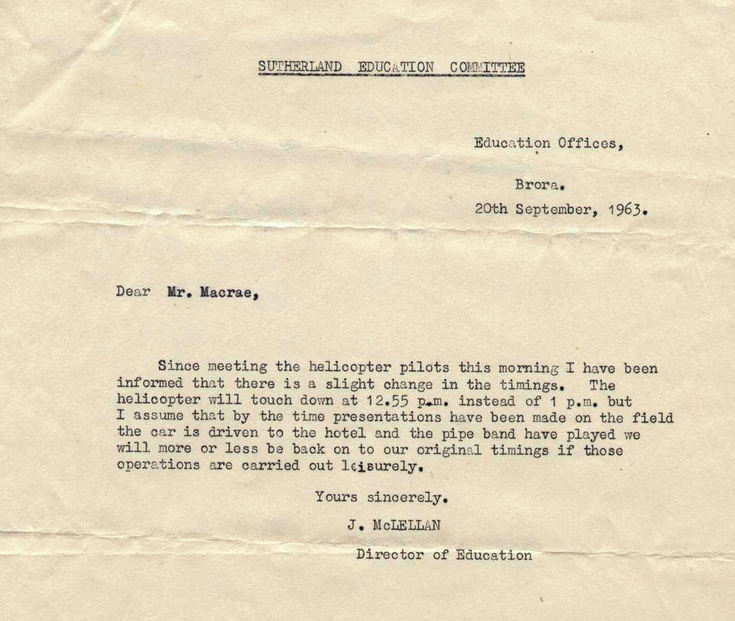 Letter to Mr A J MacRae from J McLellan, Director of Education, dated 20th September 1963 with a timed programme attached for 25 September 1963. The letter draws attention to a slight change in the time of helicopter touch-down at 12.55 p.m. instead of 1 p.m, which became apparent following a meeting with the helicopter pilots, but it was assumed this time could be taken up in more liesurely presentations to be made on the field and the drive to the hotel.