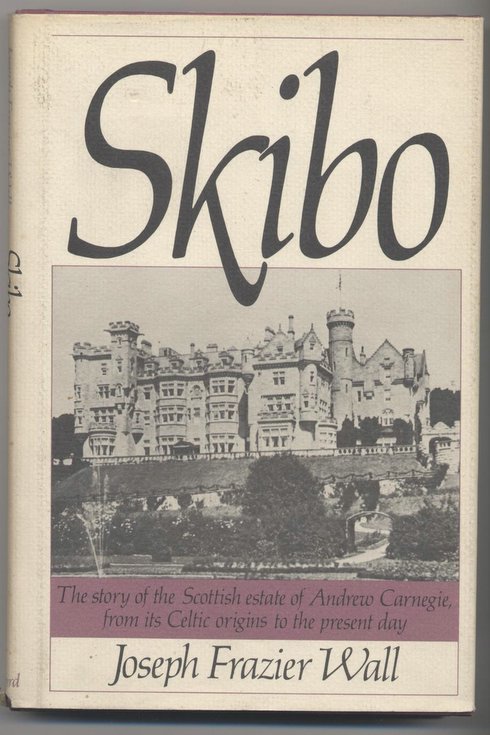 Hardcover book of 192 pp entitled 'Skibo' by Joseph Frazier Wall, "The story of the Scottish estate of Andrew Carnegie from its Celtic origins to the present day" published by Oxford University Press in 1984 ISBN 0-19-503450-3 and printed in the United States of America. It is dedicated "For Margaret Carnegie Miller Gracious and Good Lady of Skibo. This is her castle - her book". The mauve linen hard cover is embossed in gold lettering on a black background 'Skibo' with gold lettering 'Wall' and 'Oxford' on either side. The paper cover has a monochrome photograph of the south aspect of Skibo Castle, with a colour photograph of Skibo by Mrs Andrew Carnegie facing the title page and other colour and monochrome photographs within the six chapters covering the life of the estate to 1982, including a colour photograph at page 54 of the Dornoch Pipe Band performing at Skibo Castle in the Summer of 1980. The inside of the dust cover shows the original 1984 price of $17.95
Picture added on 16 September 2016 at 11:51