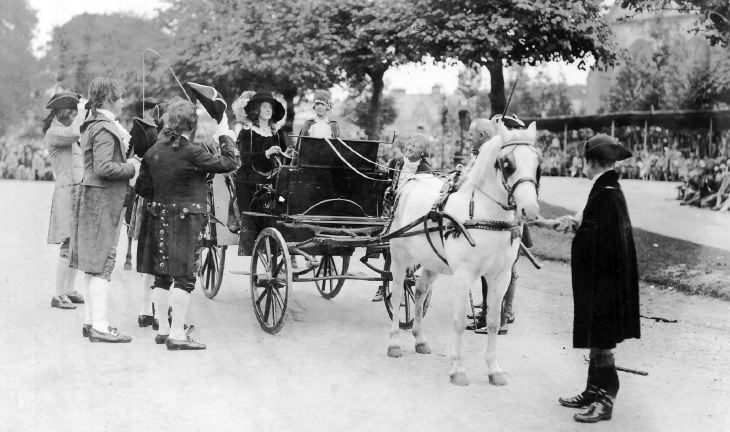 Six photos of the 1928 pageant: People's Journal postcard showing the visit of the little Countess in 1772, a group of Vikings, the King and Queen, a group of women and modern copies of two photos, one of a battling Viking and the other of a group of women.
Picture added on 24 April 2008