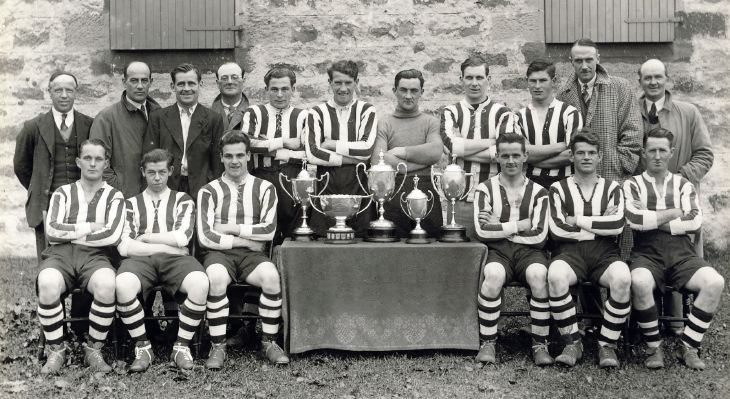 Black & white photo of the football team, posing with their trophies on a table in the centre. Mounted on cream card. One player also appears in 2003.351. This photo and an accompanying article on the all conquering Dornoch Football Club was published in the Northern Times ? of 15 January 1988 (see 2007.278.015)
Picture added on 24 April 2008
Comments:
The player sixth in from the left is Thomas Fraser, he had two daughters after the war my sister Jean born 1946 and myself Heather born 1949. If anyone can offer any knowledge about his lifestyle when this picture was taken and before, it would be wonderful for us to know what he did before joining the Royal Navy in 1939
Added by Heather McKinley (Nee Fraser) on 31 May 2016