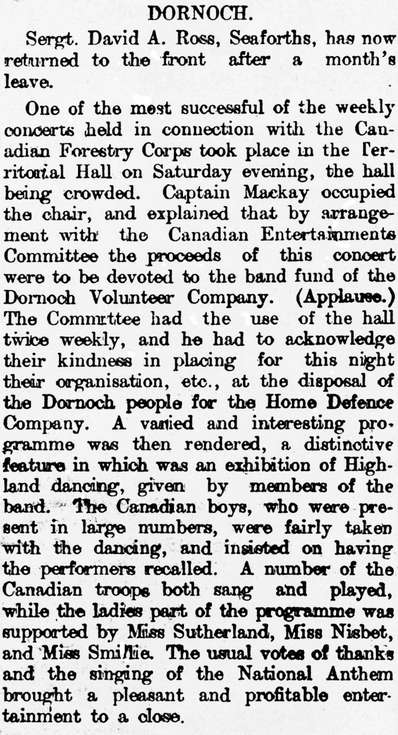 Photocopy of an extract published in the Northern Times of 31 January 1918 beginning with a report that "Sgt David A Ross Seaforths has returned to the front after a month's leave". The main part of the article records "One of the most successful of the weekly concerts held in connection with the Canadian Forestry Corps took place in the Territorial Hall on Saturday evening, the hall being crowded". By arrangements with the Canadian Entertainments Committee it was agreed that the proceeds of the concert would be devoted to the band fund of the Dornoch Volunteer Company. The article concludes with an outline of "A varied and interesting programme that ensued."
Picture added on 03 March 2015 at 15:58