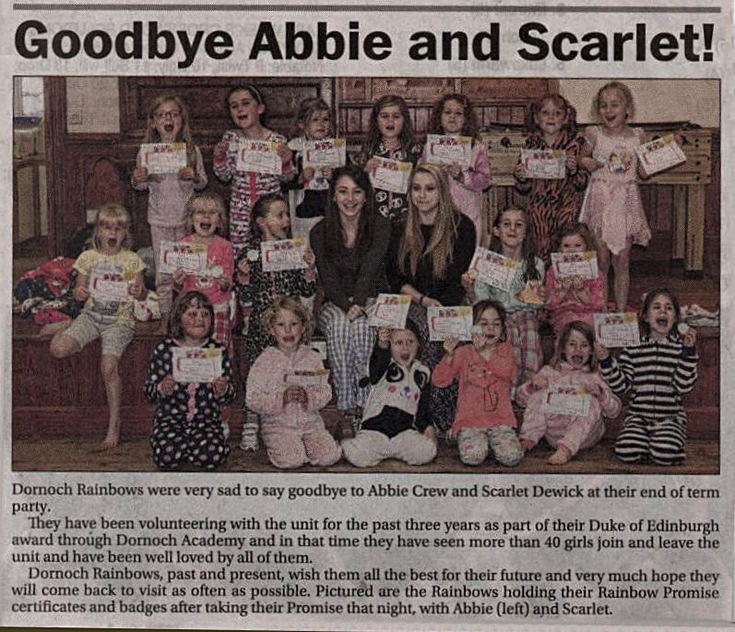 An article published in the Northern Times of Friday 27 June 2014 with the heading'Goodbye Abbie and Scarlett!' recording theDornoch Rainbows saying goodbye to Abbie Crew and Scarlet Dewick at their end of term party. For the past three years, as part of their Duke of Edinburgh Award through Dornoch Academy, Abbie and Scarlet served as volunteers and saw more than 40 girls join and leave Rainbows. The accompanying photograph shows Abbie (left) and Scarlet with their young charges holding their Rainbow Promise certificates
Picture added on 03 October 2014 at 12:05