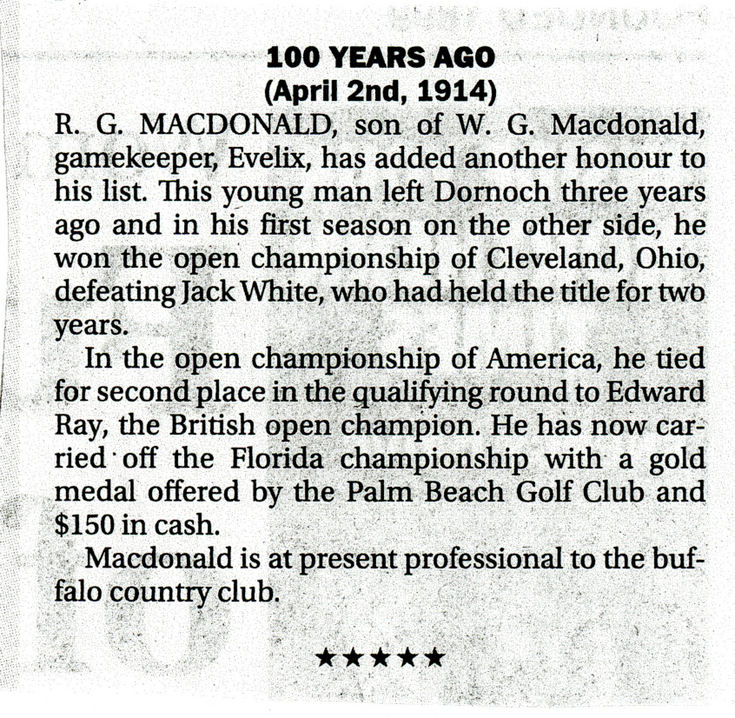 Copy of an article published in the Northern Times of April 2nd 1914 reporting that R G Macdonald, golf professional at the Buffalo Country Club, son of W G Macdonald gamekeeper Evelix won the open championship of Cleveland Ohio, defeating Jack White who had held the title for two years. He also tied for second place in the qualifying round for the open championship of America and carried off the Florida Championship with a gold medal offered by the Palm Beach Golf Club and $150 in cash.

R G Macdonald was the grandfather of the donor, Christine Murray
Picture added on 20 June 2014 at 10:41