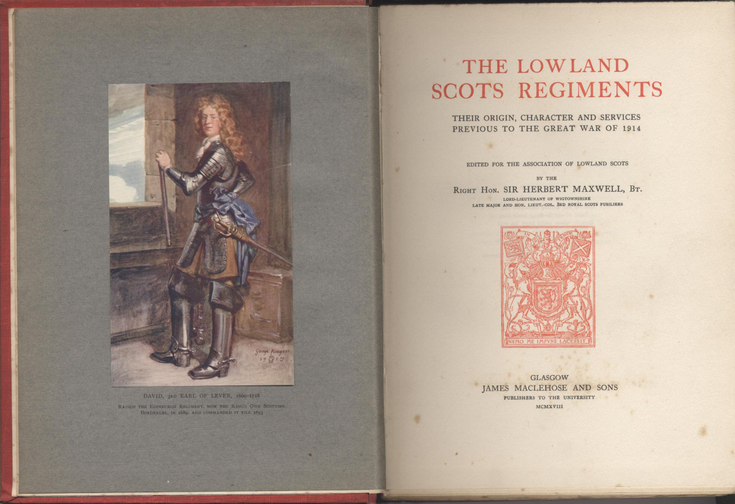 A red linen covered book "The Lowland Scots Regiments" edited for the Association of Lowland Scots by the Right Hon. Sir Herbert Maxwell Bt. Lord Lieutenant of Wigtownshire and Late Major and Hon Lieut-Col 3rd Royal Scots Fusiliers. The title page has a facing colour portrait of David 3rd Earl of Leven who raised the Edinburgh Regiment later to become the King's Own Scottish Borderers. It also contains 13 other colour illustrations in the text and at Chapter VIII details of Regimental Music. The book formed part of the Hetty Rose, collection because of its references to the Cameronians (Scottish Rifles) the Regiment of her husband Capt. Ronald Rose, who was killed in action 22nd October 1914 and has her bookplate on the inside of the front cover.
Picture added on 05 June 2014 at 15:43