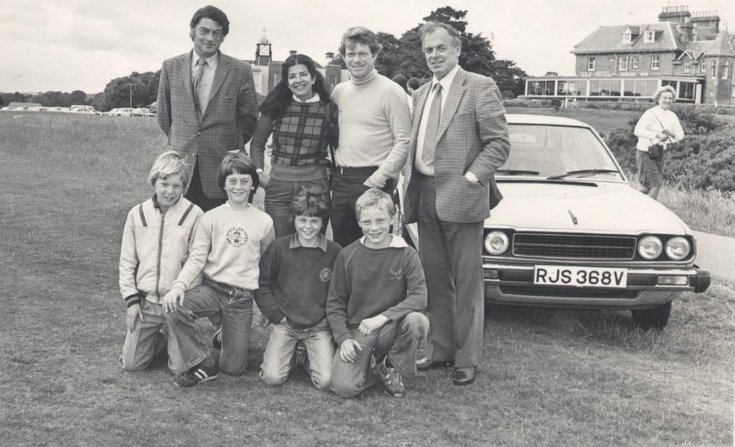 Monochrome group photograph recording Tom Watson's visit to the Royal Dornoch. Tom Watson and his wife, with the RDGC Captain (the late Dr John Macleod) and the Secretary (the late Ken Murray). and four boys The Royal Dornoch Club House and the Royal Golf Hotel are in the background.

[Detail acquired from Image Library comment below]
Picture added on 16 May 2014 at 10:55
Comments:
The two gentlemen in the photo were not just any old "club members", but the Captain (the late Dr John Macleod) and the Secretary (the late Ken Murray).

[Administrator: Most grateful for this information which will be added to the museum catalogue and used to upgrade this page. There was a notable absence of detail to accompany the acquisition of this set of photographs.]
Added by David MacLean on 17 May 2014
The four boys at the front are David Jack, Ronald Allan, Des Munro & Graeme McMillan.