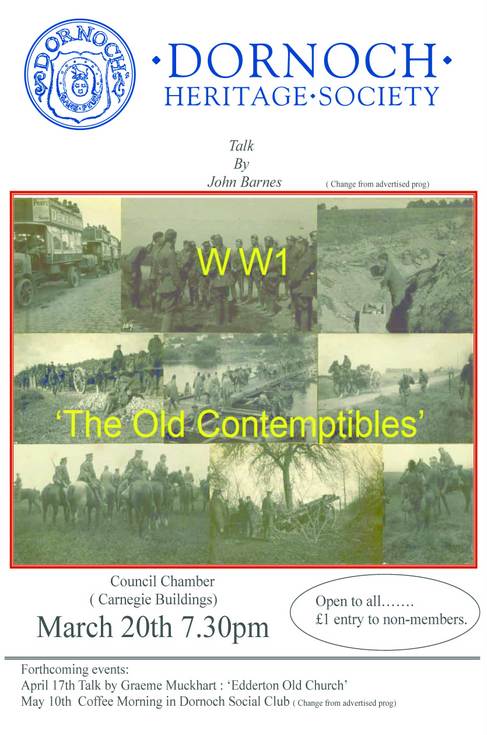 Digital recording (MP3) and a video DVD, produced from the PowerPoint presentation with synchronised audio, of a talk given by John Barnes to the Dornoch Heritage Society on 20th March 2014. The talk focused on 'The Old Contemptibles', the nickname self-adopted by the regular army British Expeditionary Force, during the first four months of WW1. The talk was based on the Historylinks Museum 'Capt Rose Collection' personal war diary (2008.141.01) and selected photographs from the Lt Money albums.
Picture added on 28 March 2014 at 08:58