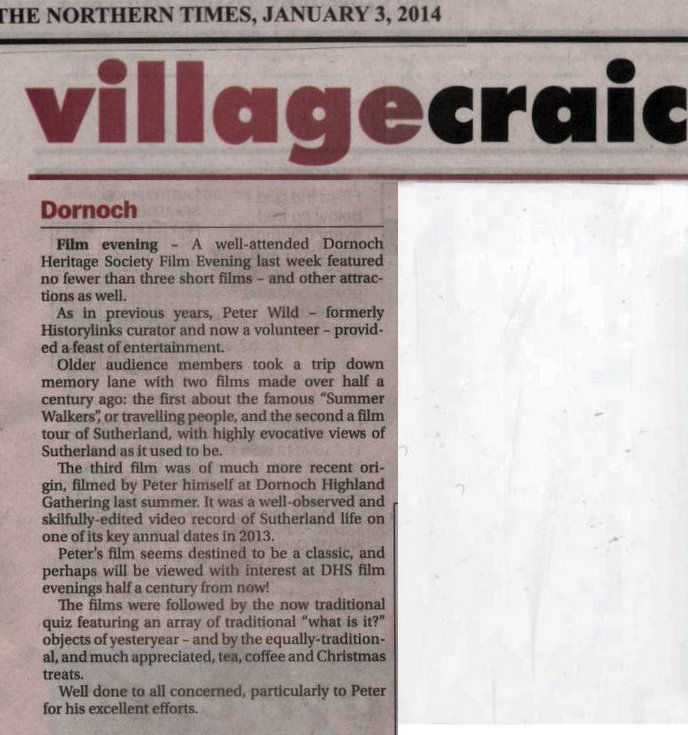 Extract from the Northern Times published on Friday 3 January, 2014 Village Craic' with a report of the Dornoch Heritage Society Film Evening, held on 19 December 2013. Three films were shown at this Christmas social gathering, the first about the famous 'Summer Walkers' or travelling people, the second a film tour of Sutherland as it used to be, and the third a more recent film by Peter Wild of the Dornoch Highland Gathering 2013. The films were followed by seasonal refreshments and the traditional quiz featuring an array of 'what is this?' objects of yesteryear.
Picture added on 27 January 2014 at 10:36