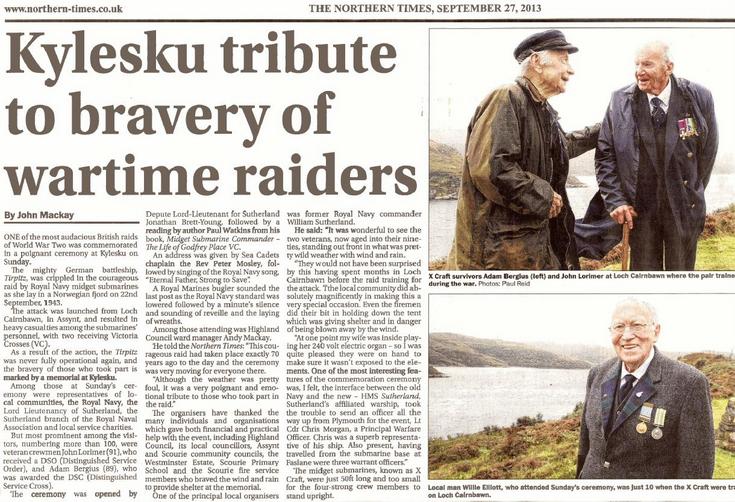 Extract from the Northern Times published on Friday 27th. September 2013, with two colour photographs, reporting a ceremony at Kylesku on Sunday 22nd September 2013 to commemorate one of he most audacious British raids of WW2 when Royal Navy midget submarines crippled the mighty German battleship Tirpitz on 22 Sept 1943 as she lay in a Norwegian fjord . The attack was launched from Loch Cairnbawn in Assynt and resulted in heavy casualties among the submarines' personnel, with two receiving Victoria Crosses. The bravery of all those who took part is marked by a memorial at Kylesku. Prominent among the those attending the ceremony, 70 years after the attack, were veteran crewmen John Lorimer (91) who received a DSO (Distinguished Service Order) and Adam Bergius (89) who was awarded the DSC (Distinguished Service Cross). One of the principal local organisers was former Royal Navy Commander William Sutherland, a member of the Historylinks Committee.