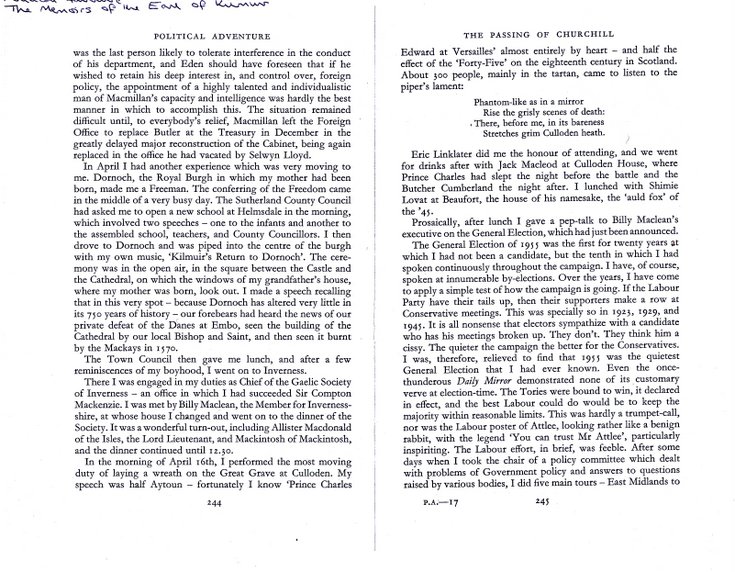 Extract from "Political Adventure: The Memoirs of the Earl of Kilmuir" pp. 244-245, chapter entitled "The Passing of Churchill," which records on 15th. April 1955 Lord Kilmuir's visit to Dornoch to become a Freeman of the Royal Burgh. He was piped to the centre of the burgh with his own music "Kilmuir's Return to Dornoch." The account gives the impression that Lord Kilmuir enjoyed the occasion especially as the ceremony took place in the Square upon which the windows of his grandfather's house looked out. A photograph of the Freedom ceremony is at 2009.090.01.