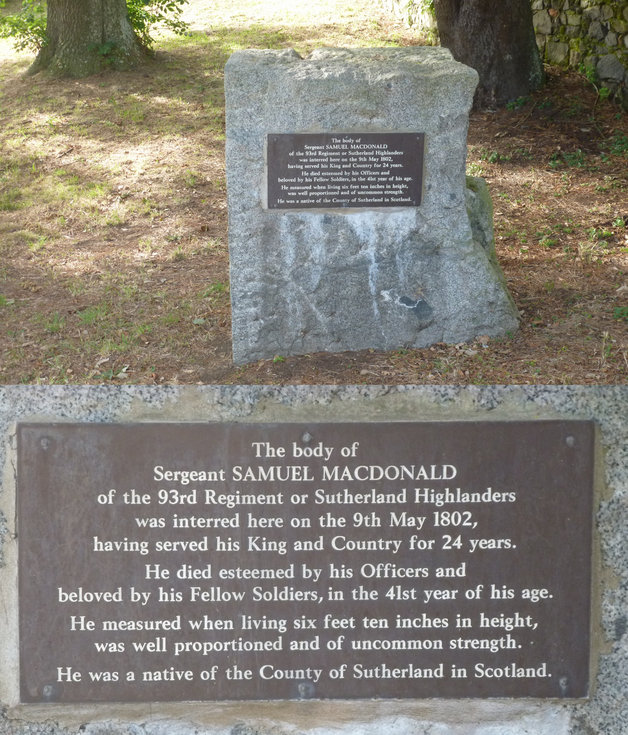 Colour photograph of the granite plinth and memorial plaque for Samuel MacDonald marking the location of his internment on 9 May 1802 in Guernsey. The memorial is located close to the prominent Victoria Tower in St Peter Port, Guernsey, at the junction of Monument Road and Upland Road. Whereas the plaque records the date of burial as 9th May 1802, the Register of Burials held by Priaux Library, St Peter Port, records the date of his burial as 8th May 1802. Samuel died aged 41 whilst on garrison duty in Guernsey with the 93rd Regiment or Sutherland Highlanders and the plaque records that he was six feet ten inches tall. Following acquisition of the digital image of this memorial, research revealed that Samuel was a native of Lairg From 1779-83 he was employed by the Prince of Wales and during this time he appeared at the Drury Lane Theatre playing Hercules in 'Cymon and Iphigenia'. Due to his size he generally marched to the side of the formation of troops and he was frequently detached for recruiting.