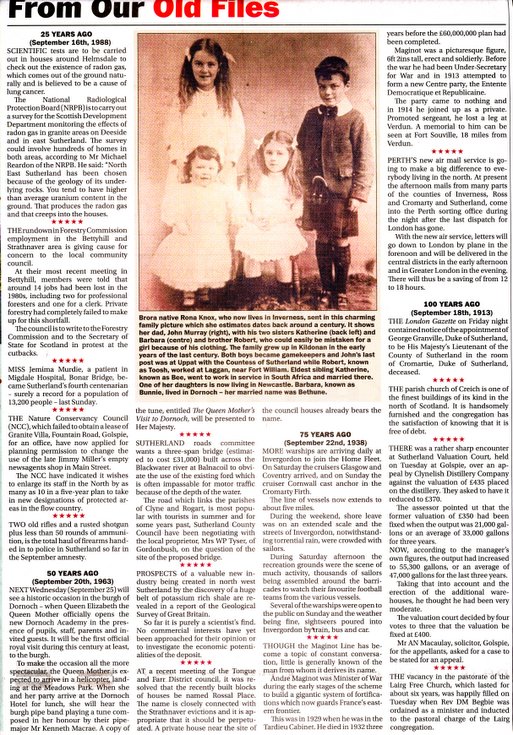 Copy of the 'From Our Old Files' page published in the Northern Times September 20, 2013 showing the range of subjects covered from 25 to 100 years earlier. The report of 50 years ago records Queen Elizabeth the Quen Mother opening the new Dornoch Academy in the forthcoming week (Wed September 25, 1963). The report of 75 years ago includes the origin of the title 'Maginot Line' the gigantic system of fortifications guarding France's eastern border, named after Andre Maginot, Minister of War during the early stages of the scheme.