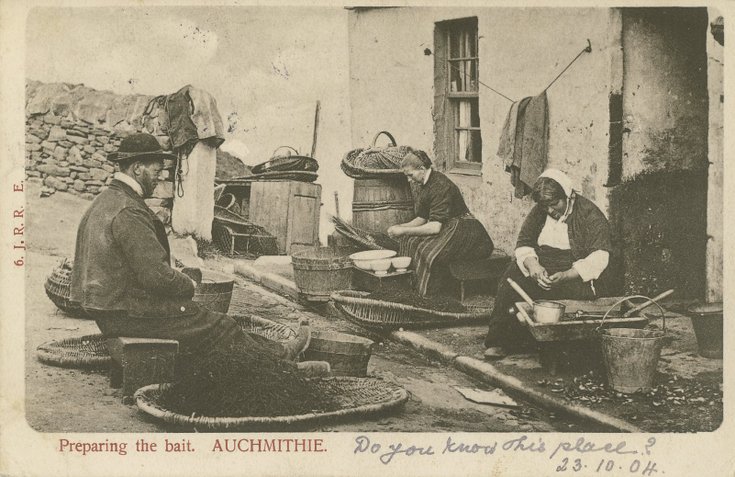 A collection of 44 monochrome postcards showing fishing scenes around Scotland in the early 20th century. Monchrome photograph the a title 'Preparing the bait -Auchmithie' showing a fisherman and two women seated in front of a house preparing bait. The reverse bears an address of '2nd Corpl Geo Wishart, West Indian SM Coy, Royal Engineers, Port Royal, Jamaica' with a red Edward VII one penny stamp and postmark Darlington 7.45 pm Oc 23 04. There is no message on the reverse but there is an annotation on the front 'Do you know this place? 23.10.04' (see picture #11772 a postcard with the same photograph but a different interpretation to 'Preparing the bait')
Picture added on 22 August 2013 at 09:40