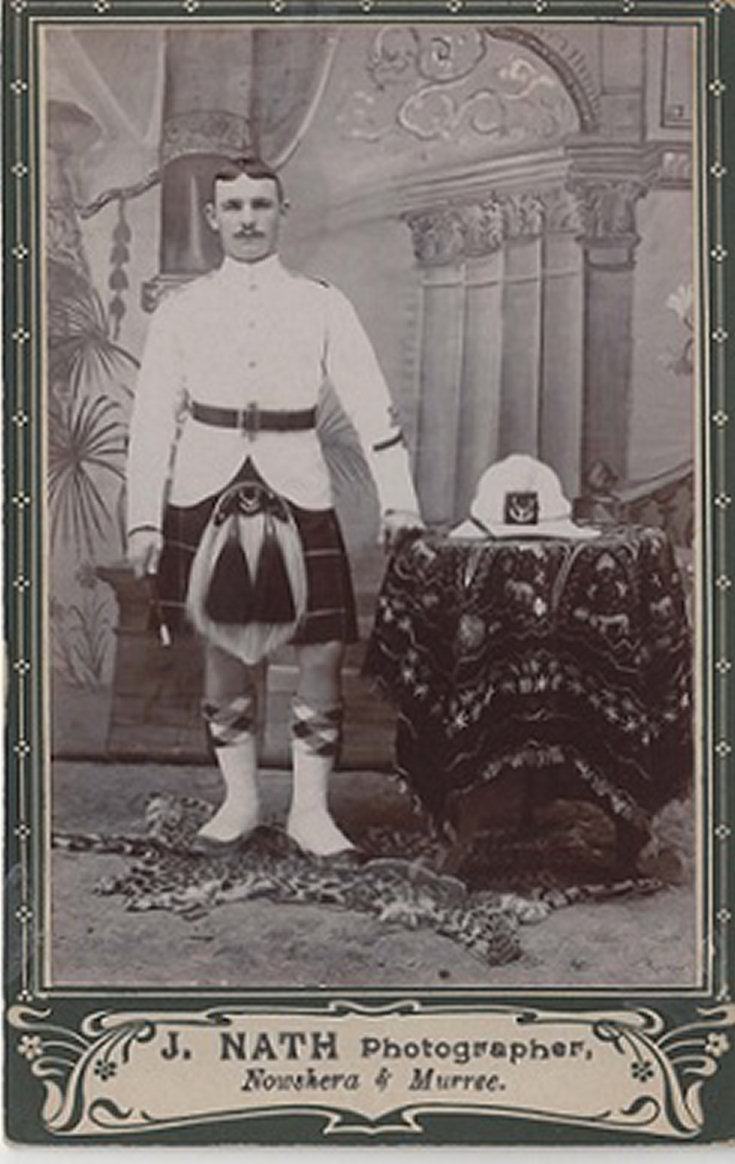 Copy of a monochrome studio photograph of a soldier in full dress tropical uniform, taken in Afghanistan. The border of mount has inscription J Nath Photographer Nowshera & Murree. This photograph was taken in the same studio as that of Donald Mackay (see picture #7053). Nowshera is now in Pakistan and was a large British Army base used for troops based on the North-West Frontier of India. 1st Seaforths were involved in the Zakha Khel Expedition in 1908 against Afridi tribesmen on the Indian-Afghan border. This photograph was in a collection of three belonging to the grandfather of the donor Rhona Petrieuk, who served with the Gordon Highlanders from approximately 1896 until 1914 when he was wounded in action.
Picture added on 11 August 2013 at 10:26