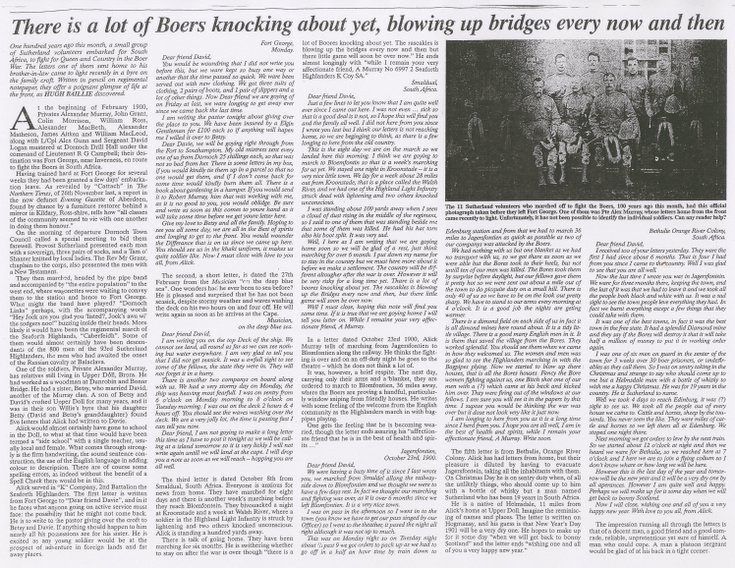 Newspaper article entitled 'There is a lot of Boers knocking about yet, blowing up bridges every now and then', reproducing a series of letters from Alexander Murray, to his brother-in-law, David Muray of Upper Doll, Brora. Alexander Murray served with the Seaforth Highlanders during the Boer War giving an account of his experiences of the War. accompamied by a poor-quality monochrome photograph. See also 2012.037.03, 04.