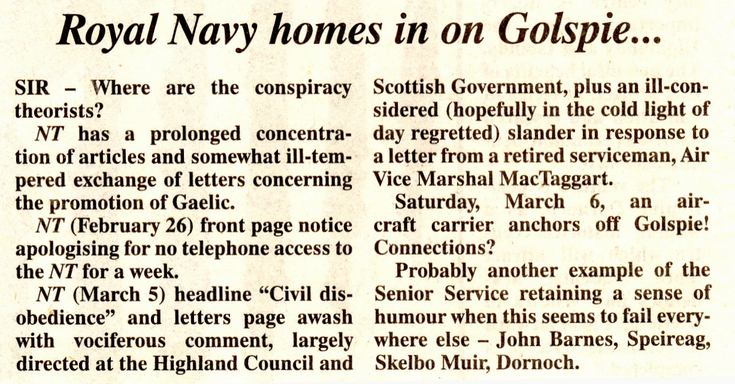 Letter. published in the Northern Times on 12 March 2010 under the heading 'Royal Navy homes in on Golspie, posing the question 'Where are the conspiracy theorists?' After a prolonged concentration of articles and a somewhat ill tempered exchange of letters concerning the promotion of Gaelic, a report of the NT having no telephone access for a week, and a headline in the March 5 edition 'Civil Disobedience', an aircraft carrier appears off the coast of Golspie! The letter concludes 'Probably another example of the Senior Service retaining a sense of humour when this seems to fail everywhere else.
Picture added on 04 March 2013 at 15:42