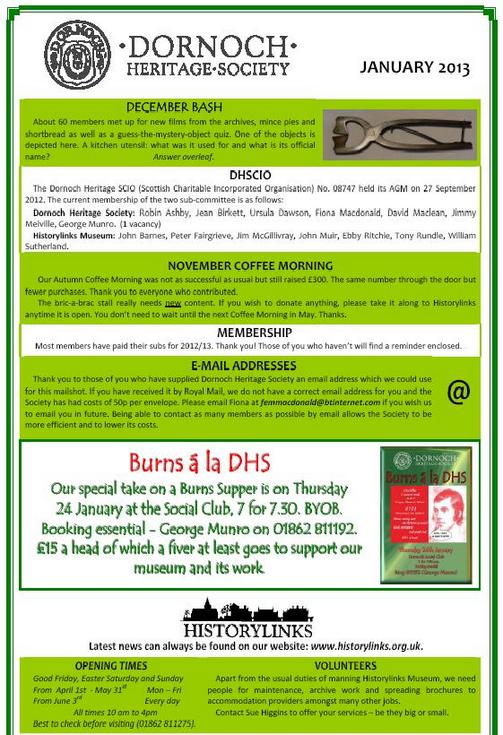 Twenty-second, January 2013 issue of the Newsletter of the Dornoch Heritage Society. The Newsletter, distributed to all members of the Heritage Society, includes information on the 'December Bash' end of year meeting, the members of the two DHSCIO committees, a report on the November 2012 Coffee Morning and a reminder of the 2013 DHS Burns Night. This newsletter marked the final version to be produced by Robin Ashby prior to his move to Sweden and included an appreciation, by John Barnes Chair DHSCIO, on the retirement of the Museum Curator Peter Wild.