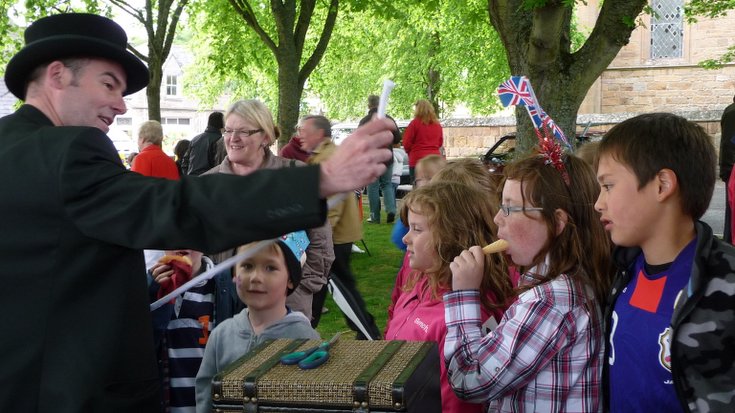 DVD of the Dornoch Diamond Jubilee Street Party on Cathedral Green 6 - 8 p.m. Saturday 2 June 2012. The video of four and a half minutes duration was compiled from a series of still images and short film clips taken at Cathedral Green and in the adjoining Dornoch Square. Image, which appears in the video, shows magician Clive Grewcock entertaining the children. [The clip which may be viewed from the link below provides a flavour of the video.]

View Video
Picture added on 16 December 2012 at 13:18
This picture is in the following groups
Film clips