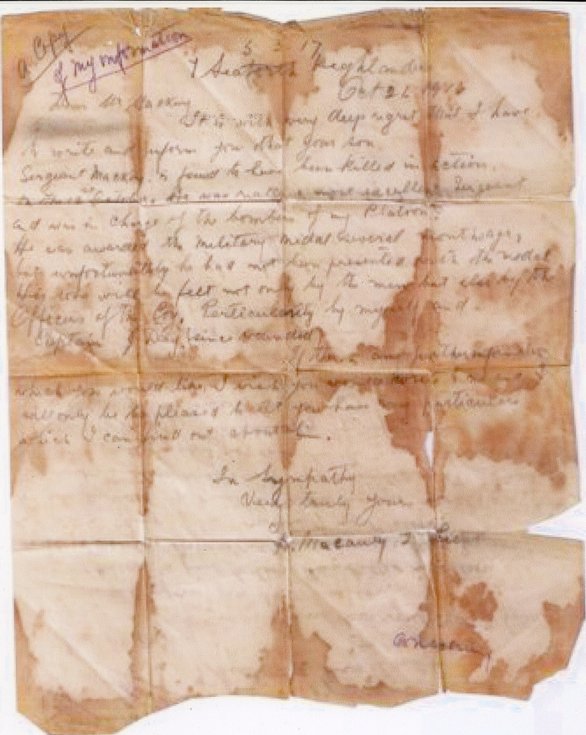 Photocopy of a letter from the Platoon Commander of Sgt Donald Mackay. The letter records that although Sgt Mackay was awarded the Military Medal "several months ago" unfortunately he was not presented with it prior to being killed in action. (Poor quality copy.)
Picture added on 12 October 2012 at 09:45