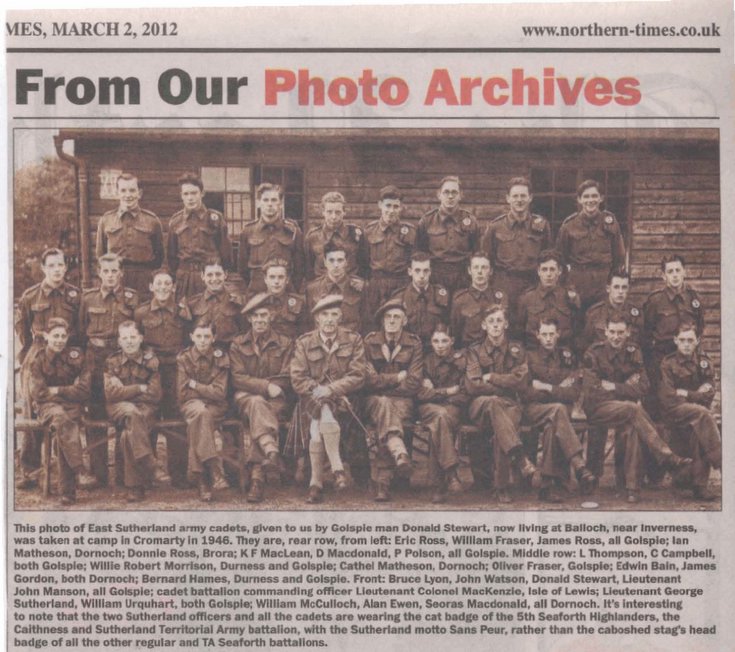 Extract from the Northern Times ' From Our Photo Archives', published on 2 March 2012, with a monochrome photograph and names of the East Sutherland Army Cadets (including some from Dornoch) and their officers attending the camp at Cromarty in 1946. The detail below the photograph also records that two officers and all the cadets were wearing the cat cap badge of the 5th Seaforth Highlanders, the Caithness and Sutherland Territorial Army Battalion, with the Sutherland motto Sans Peur, rather than the caboshed stag's head badge of all the other regular and TA Seaforth battalions.