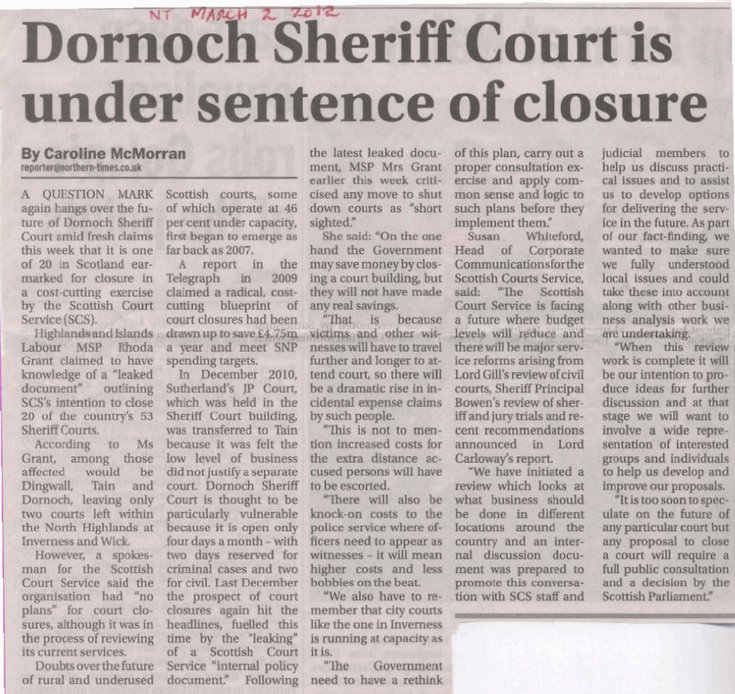 Article from the Northern Times published on 2 March 2012, recording the claims that the Dornoch Sheriff Court is one of 20 of the 53 Sheriff Courts in Scotland earmarked for closure in a cost-cutting exercise by the Scottish Court Service.