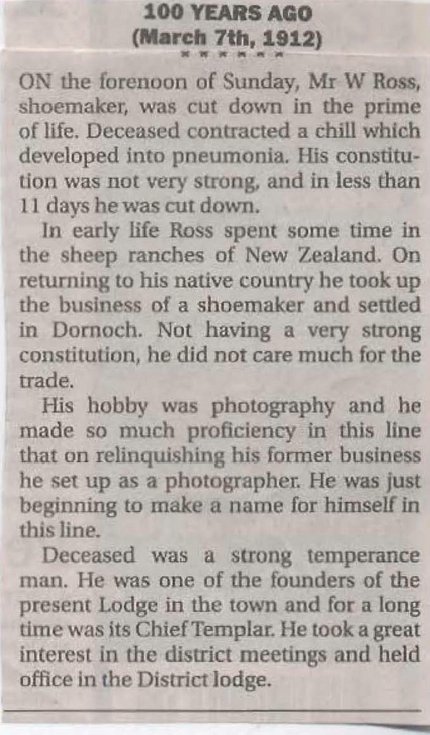 March 7th 1912 extract from the Times Past section of the Northern Times, republished on 2 March 2012, recording the death of Mr W Ross, Dornoch Shoemaker, photographer and strong temperance man who for a long time was the Chief Templar of the Dornoch Temperance Lodge
Picture added on 25 September 2012 at 16:15