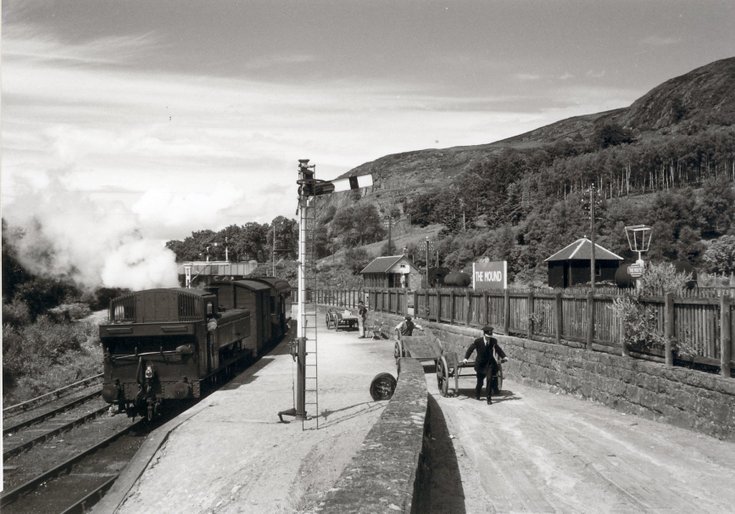 Eighth in a set of 13 monochrome photographs of the Dornoch Light Railway © www.transporttreasury.co.uk and displayed with permission. Photograph is the same as the previous image but this view shows more prominently the railway porters with the carts.
Picture added on 24 June 2012 at 10:58