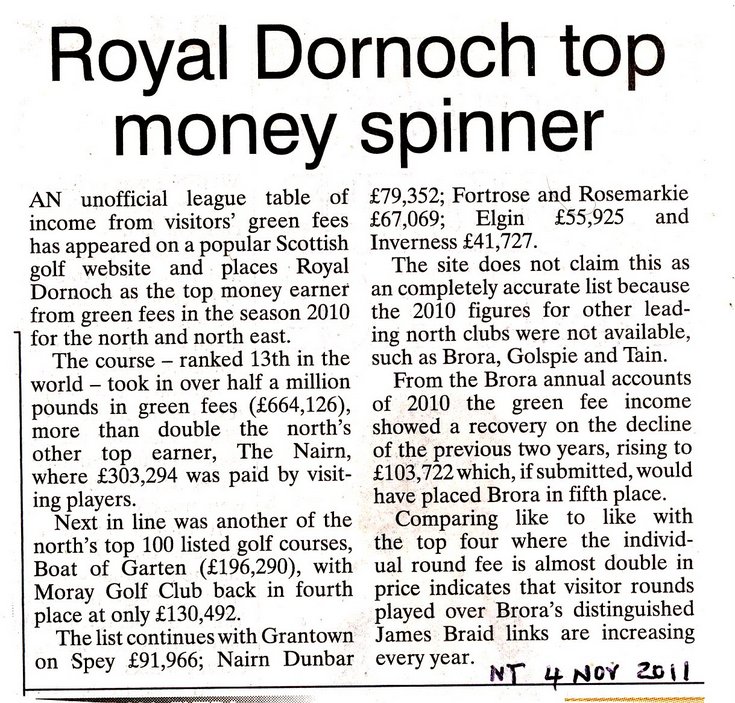 Extract from Northern Times of 4 November 2011 recording that an unofficial league table of income from visitors' green fees on a popular Scottish website, placed the Royal Dornoch Golf Club as the top money earner from green fees in the season 2010 for the north and north east. The course, ranked 13th in the world, took over half a million pounds in green fees (£664,126) more than double the north's other top earner.
Picture added on 05 May 2012 at 16:04