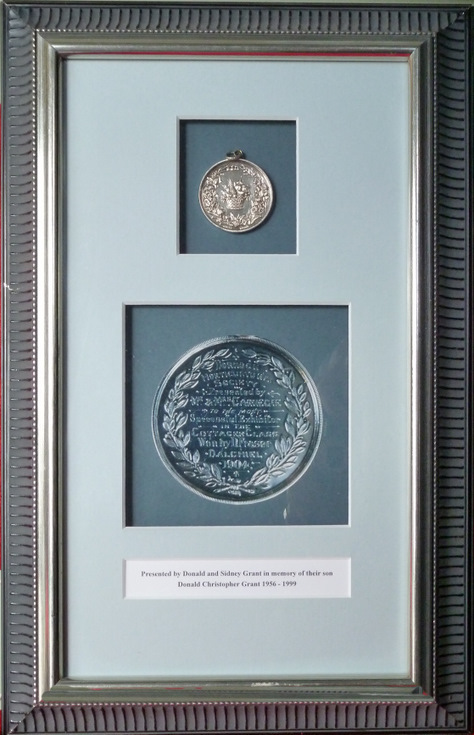 Framed Dornoch Horticultural Society silver medal with photograph of reverse side. The medal was presented in 1904 by Mr & Mrs Carnegie to Donald Fraser, Dalchiel, who was the most successful exhibitor in the cottage class. The medal passed to his daughter Jessie Grant, the mother of the donor. The medal was donated in memory of the donor's son, Donald Christopher Grant (1956-1999).
Picture added on 10 March 2012 at 15:19