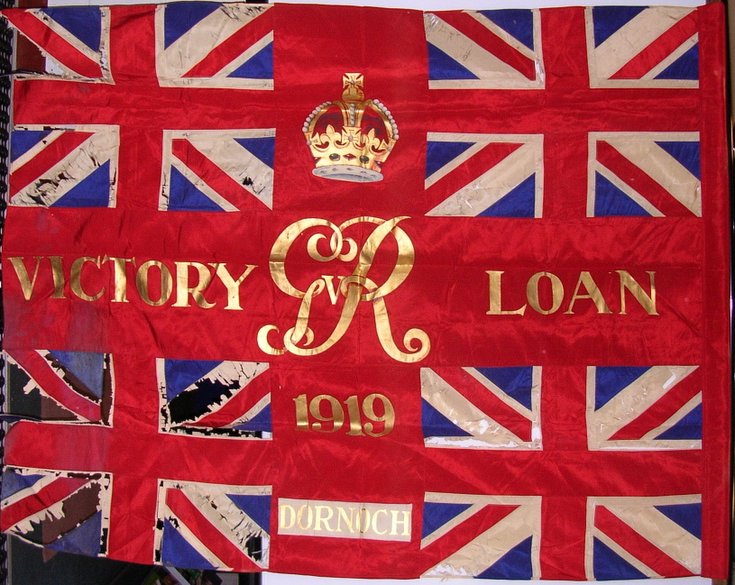 A Victory Loan Flag with Union Flags in each quarter and a central GvR surmounted by a King's crown, with wording 'Victory Loan 1919' Dornoch'. An excerpt from the Minutes of a Town Council Meeting of 14th October 1919 reads: " The Provost reported that, in obedience to a Royal Command, he accompanied by the Town Clerk, had on 9th inst. proceeded to Aberdeen. When on board the Royal Yacht "Alexandra", HRH Princess Mary had, on the King's behalf , presented to him, on behalf of the Burgh, the Victory Loan Flag awarded by His Majesty to the town which had subscribed the largest sum, per head of the population to the Victory Loan: and he now laid the Flag on the Council table."