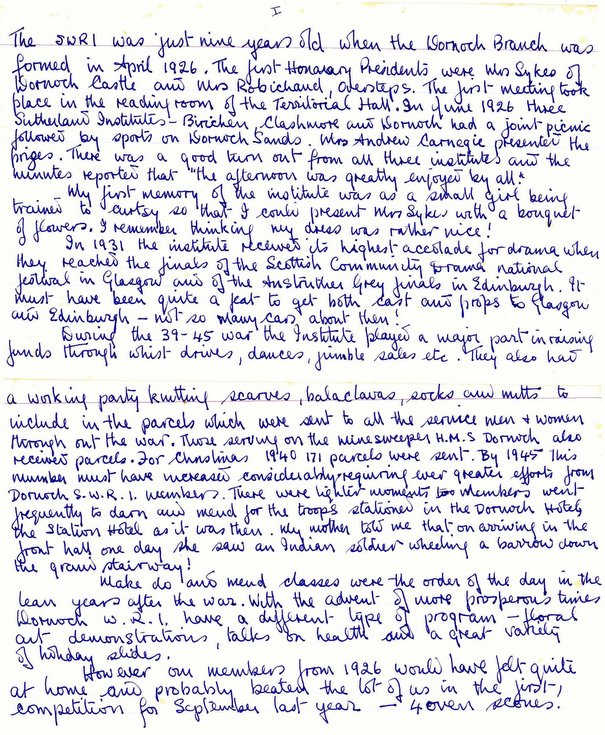 Twenty-seventh of a selection of 50 objects from Dornoch Scottish Women's Rural Instuture archives 1926 to 2011: Single page handwritten reminiscences of Jessie Bell, including an account of a June 1926 picnic sports event at which Mrs Andrew Carnegie present the prizes and the efforts of the WRI during World War 2.