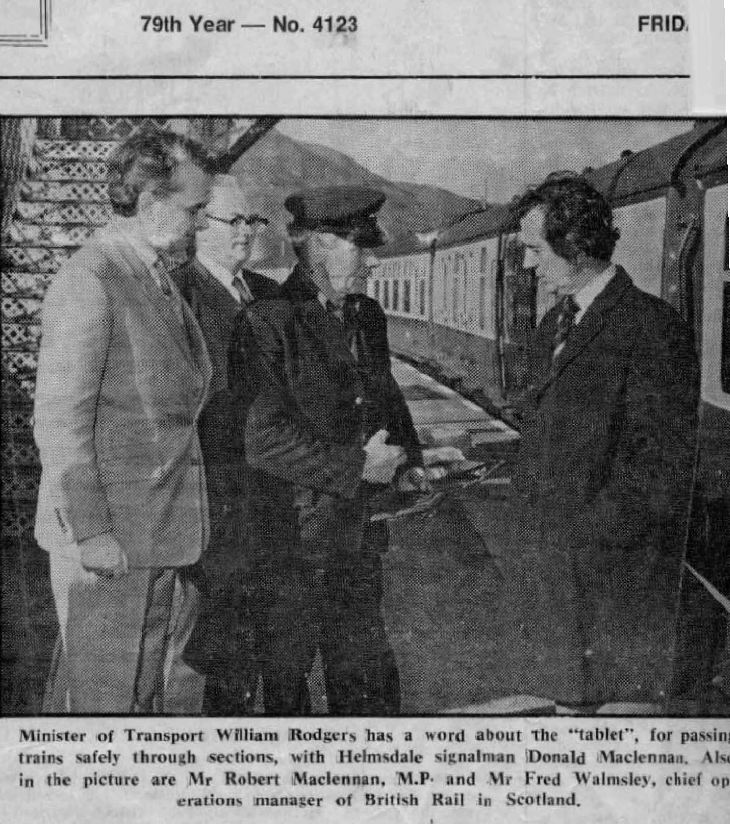 Cutting from the Northern Times October 27th 1978 with photo of the Minister of Transport and MP Robert Maclennan at Helmsdale station with signalman Donald Maclennan and the "tablet". Reverse has part of an article about transport in Sutherland in 1859 with an advert for the steam packet between Littleferry and Burghead.
Picture added on 24 April 2008