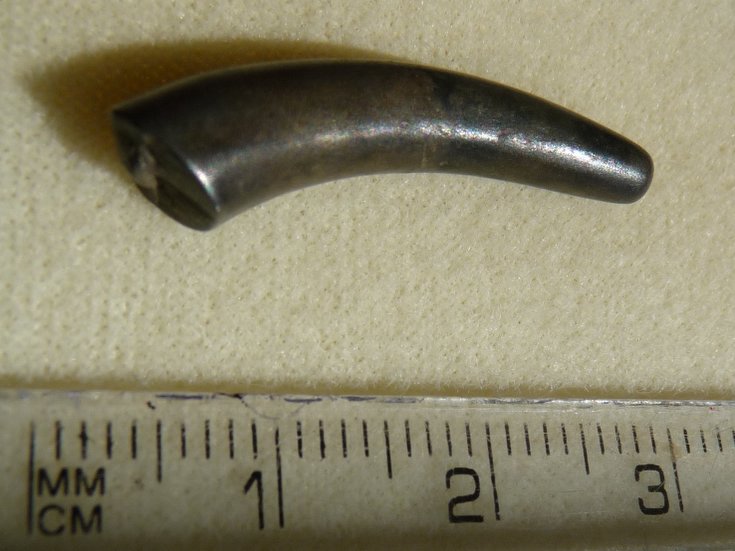 The terminal piece of a circular or oval Viking silver bracelet found in a field at Pitgrudy, Dornoch. Such objects are termed 'hack silver' , given to pieces of scrap silver, often from jewelry and tableware that the Viking communities of the Eastern Baltic, Scandinavia, Iceland and the British Isles used as a form of currency.

The piece is in excellent condition and the original cut and break can be clearly seen, plus a dent on the underside where the force of the final blow to separate the fragment has flattened the profile. Normally such finds are part of a hoard, but in this case because of the intensity of metal detecting in the area, this seems to have been a solitary find, suggesting trade rather than hoarding. This is a Treasure Trove item (TTDB 2010/32) and was purchased by the museum in 2011.
Picture added on 18 August 2011 at 12:05