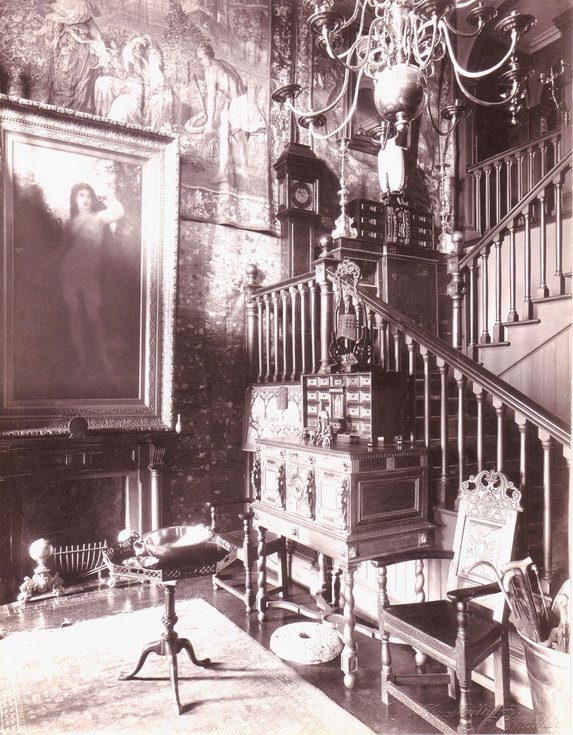 Eleventh of set of 11 copies of sepia photographs of the interior of the Grange ( now the Royal Golf Hotel ) as the private house of Robert Hamilton Bruce, a successful Glasgow businessman, who built 'The Grange' in Dornoch to house his art collection. The set shows the style of furniture and furnishings of the early 20th century