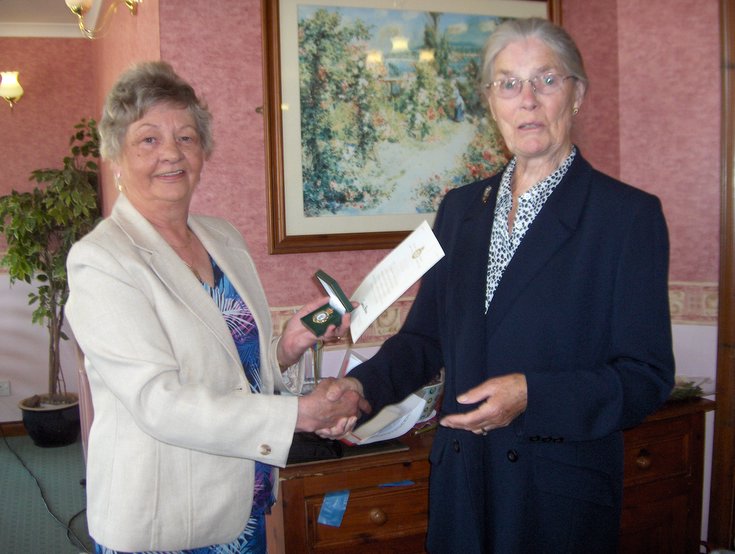 Elizabeth V Dickenson joined the Womens Land Army (WLA) in March 1945 and was in the North Riding most of the time. She started at the aerodrome at Linton-on-Ouse, near York. With five other members of the WLA she shared a house on the aerodrome and they grew all
the vegetables for the Canadians, who she described as " lovely!!"

She then went to various hostels, i.e. Terrington, Guisborough, Stokesley, Stockton-on-Forest and Leeming Bar, (where she was taught to drive). Then to Thirsk where she became a Forewoman and lastly to Easingwold, where she met her husband.

She thoroughly enjoyed her time in the WLA , even in the Winter when the WLA cycled everywhere and worked alongside Italian and German P.O.W.’S, who were coached everywhere (for obvious reasons, of course) Elizabeth served for 4 years in the WLA and says she has no regrets.