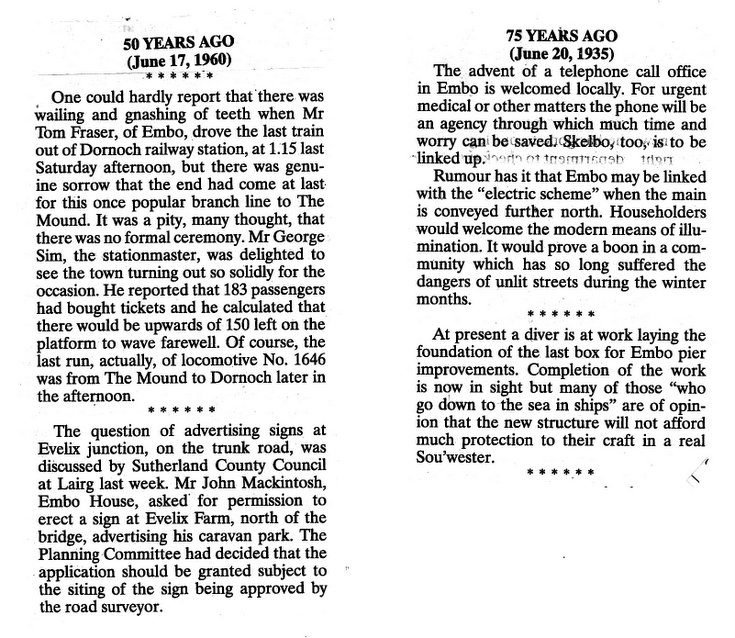 Cuttings from the Northern Times 'From Our Old Files' with extracts from the editions of June 20 1935 and June 17 1960. The 1935 extracts refer to the establishment of a telephone call office in Embo, with a rumour that Embo "may be linked with the 'electric scheme'" and a diver at work laying the foundation of the last box for Embo Pier.
The June 17 1960 cuttings refer to the last train out of Dornoch Railway station and the question of advertising signs at Evelix junction on the trunk road.
Picture added on 24 June 2011 at 10:52