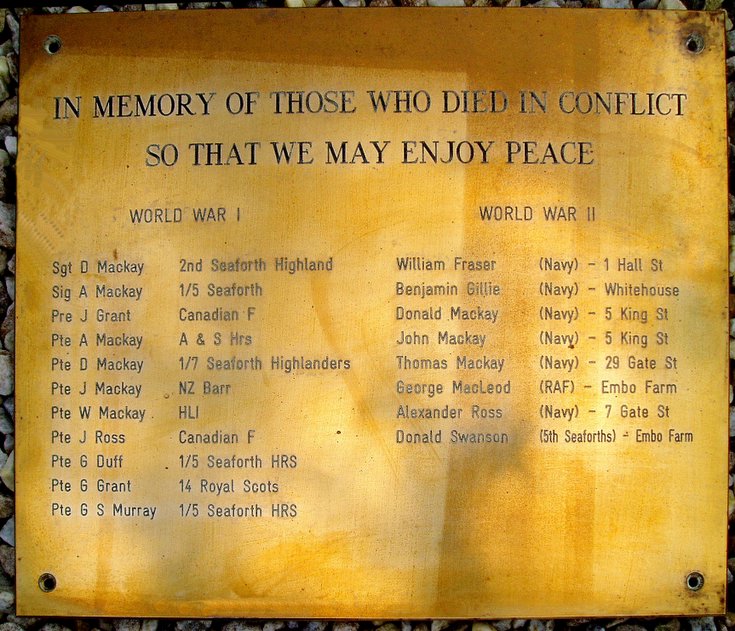 Firm in the belief that Embo should remember those from the village who had lost their lives in the two World Wars, they decided to commission a plaque listing all the Embo names from the Dornoch War Memorial.

They contacted an American naval base in Forss (who had previously assisted Embo with a charity event) asking if they would take part in an unveiling ceremony, which they very kindly agreed to do. (see 2011.016.02)
[The plaque has been included in the War Memorials page on the Historylinks website www.historylinks.org.uk/exhibits/]
Picture added on 04 March 2011 at 12:03
Comments:
I am fairly sure that Private J Mackay NZ Barr was my mother's maternal uncle who I am named after. His brother Donald also lost his life during the war.
Added by John Mackay on 10 April 2016