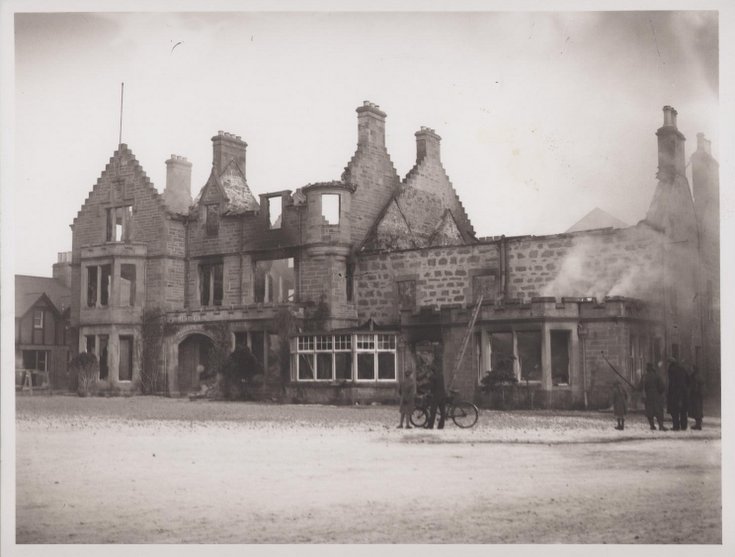 Monochrome photograph of the Sutherland Arms Hotel taken just after the fire on January 11th 1941 by Donnie Bremner. One of three photographs mounted on a display board with captions. (The other two photographs, one an enlargement of the other, are of the Dornoch Pipe Band outside the hotal taken by William Bremner in the 1930s. see 2004_146_02),
Picture added on 02 February 2011 at 16:07